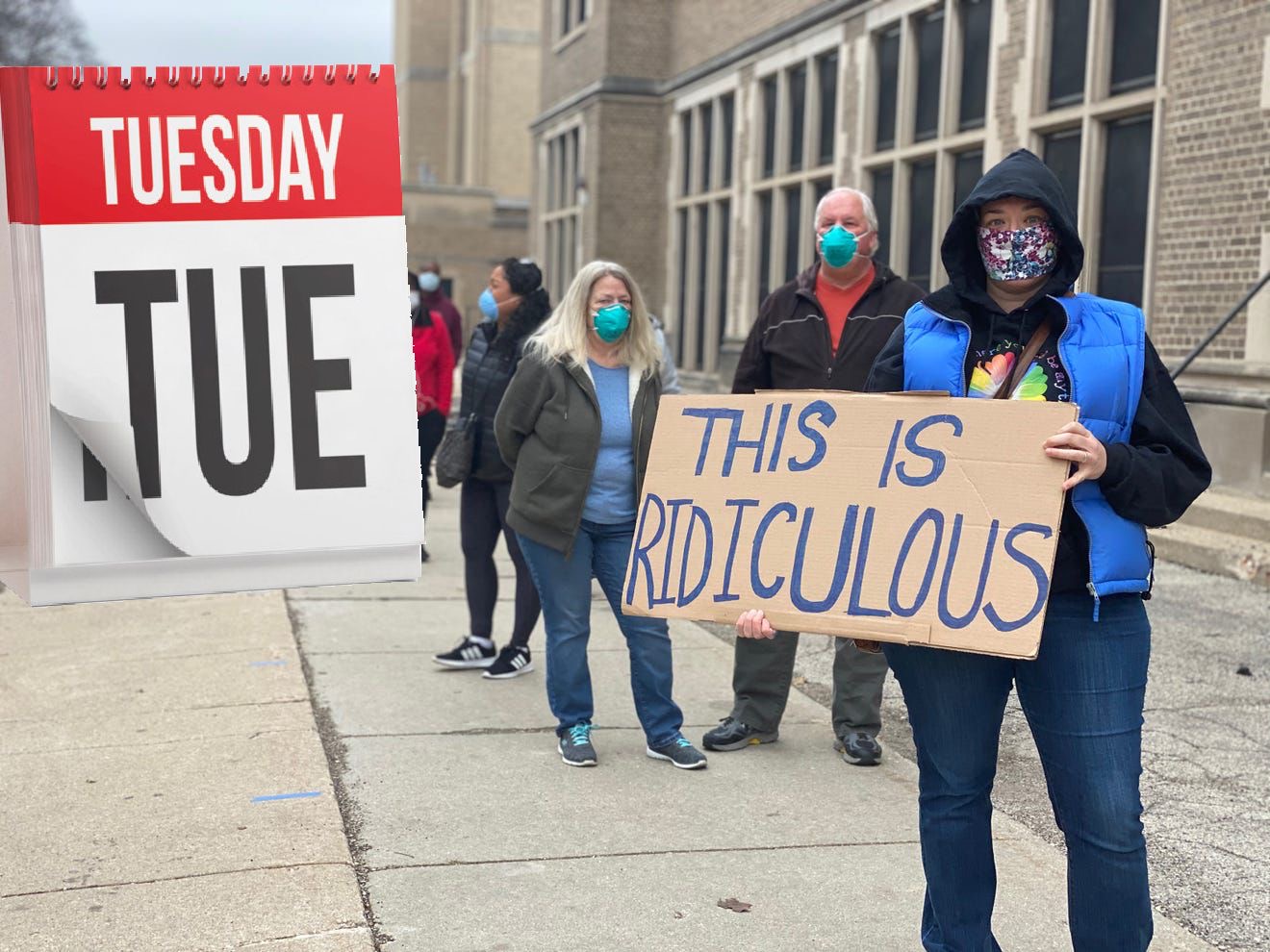 What’s Sacred about Tuesday? Turns out… nothing.

For almost 200 years, Americans have been voting on Tuesdays. We don’t really question it, but instead accept that by some act of fate Tuesdays are when we decide who represents us in government.

However, there is a reason for this seemingly random day to vote.

There isn’t any constitutional amendment or part of the Declaration of Independence that chooses the day. But, there is an 1845 federal law that designates the first Tuesday following the first Monday in November as Election Day.

Remember that in 1845 Wisconsin wasn’t even a state yet. So think everybody lives on farms, is far from a polling place, and only uses a horse to get around. Maybe a buggy too? This meant Election Day was more like Election Day(s): one day for traveling and the other for voting.

One might ask why Monday couldn’t be used. Because then you would have to travel on Sunday, the Lord’s Day. Have you forgotten your morals? And Wednesday was a major market day for farmers. So boom. Tuesday is voting day. Forever.

Farm culture also explains why Election Day always falls in November. Spring and early summer elections were thought to interfere with the planting season, and late summer and early fall elections overlapped with the harvest. That left the late fall month of November—after the harvest was complete, but before the arrival of harsh winter weather—as the best choice.

And most people don’t live on farms. Or ride a horse. Instead, we drive in cars and all have little computers sitting in our pockets that can access most information in the world. But we still vote on Tuesdays.

Voting on Tuesdays is now a real inconvenience for people because they usually work or have other responsibilities in the middle of the week. U.S. Census data shows that being “too busy” or unable to “get time off” was the number one reason why people didn’t cast a vote.

Millions of Americans aren’t voting each year because of an 1845 law meant to make farmers’ lives easier. Democracy is literally being hurt by farmers markets from two centuries ago.

I love history, but there’s a point when we are meant to relegate it to the history textbooks we struggled to read in middle school. This 1845 law just doesn’t work anymore.

Here are some ways to resolve this issue:

Yet we still vote on Tuesdays. Tuesdays!