The Wisconsin River: Hardest Working River in the Country? 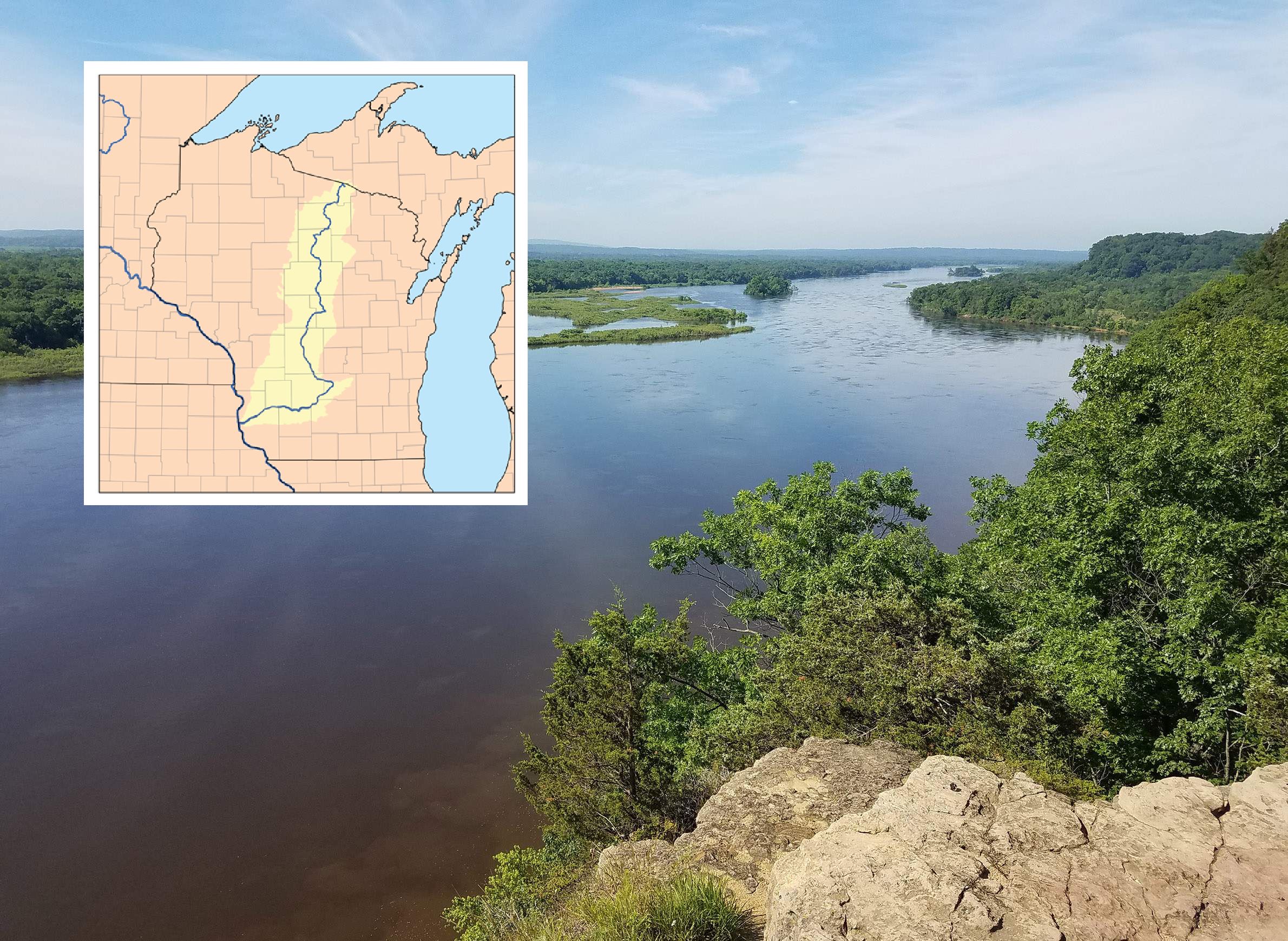 Wisconsin has a lot of water. We have 15,074 lakes and border Lake Michigan to the East. Take that, Minnesota. But Wisconsin’s river network is less known to most people, especially the Wisconsin River that runs directly through the center of the state.

The river actually has its fair share of history that probably wasn’t covered in intro-level American History class.

The Wisconsin River clocks in at 420 miles as the state’s longest river. I don’t think geography intended for this river to act as a proponent for legalizing marijuana in the state, but its mileage seems to have other ideas.

The river starts in the North Woods up by the U.P. (called the Upper Peninsula for any coasties out there), comes across all of Wisconsin and ends up in the Mississippi River. It basically splits the state in half along East-West lines.

If you ever felt the need to take a boat from Northern Wisconsin to the Gulf of Mexico–maybe when escaping the authorities?–it’d be a great starting point.

My grandmother used to refer to it as the “hardest working river in the country.” I’m not really sure what that means but it says the same thing on Wikipedia so it must be true. Apparently 25 hydroelectric power plants along the river create enough energy for 300,000 people, hence where the “working” nickname originates from.

Starting in the early 19th century, loggers started using the river to raft logs downstream from the North Woods. Some dams were also created to ensure the river had enough water for logs to easily float, although it is largely free-flowing today.

And see that big ass paper mill? It uses energy from the Wisconsin River to run. Well, used to. Paper Mills in Wisconsin is a whole other video. Basically Wisconsin used to have a large paper industry that employed a bunch of people before COVID-19 almost wiped out these mills entirely.

It’s also what formed the Dells of Wisconsin 15,000 years ago. Way before Noah’s Ark.

Nowadays, a large part of the lower half of the river is dedicated to protecting biodiversity in its wetland environment. The Wisconsin Department of Natural Resources manages land that includes the river. A large southern portion of the river also became protected when it was declared a Ramsar Site under a UNESCO international treaty in 2020.

So, no need to worry about developers turning that waterway into a casino or an endless spiral of strip malls. At least not yet.

The Wisconsin River is pretty cool, and you should go out and explore it! Or, just sit on the couch and watch our TikToks. Either works.