The Scoop on the Ice Cream Sundae 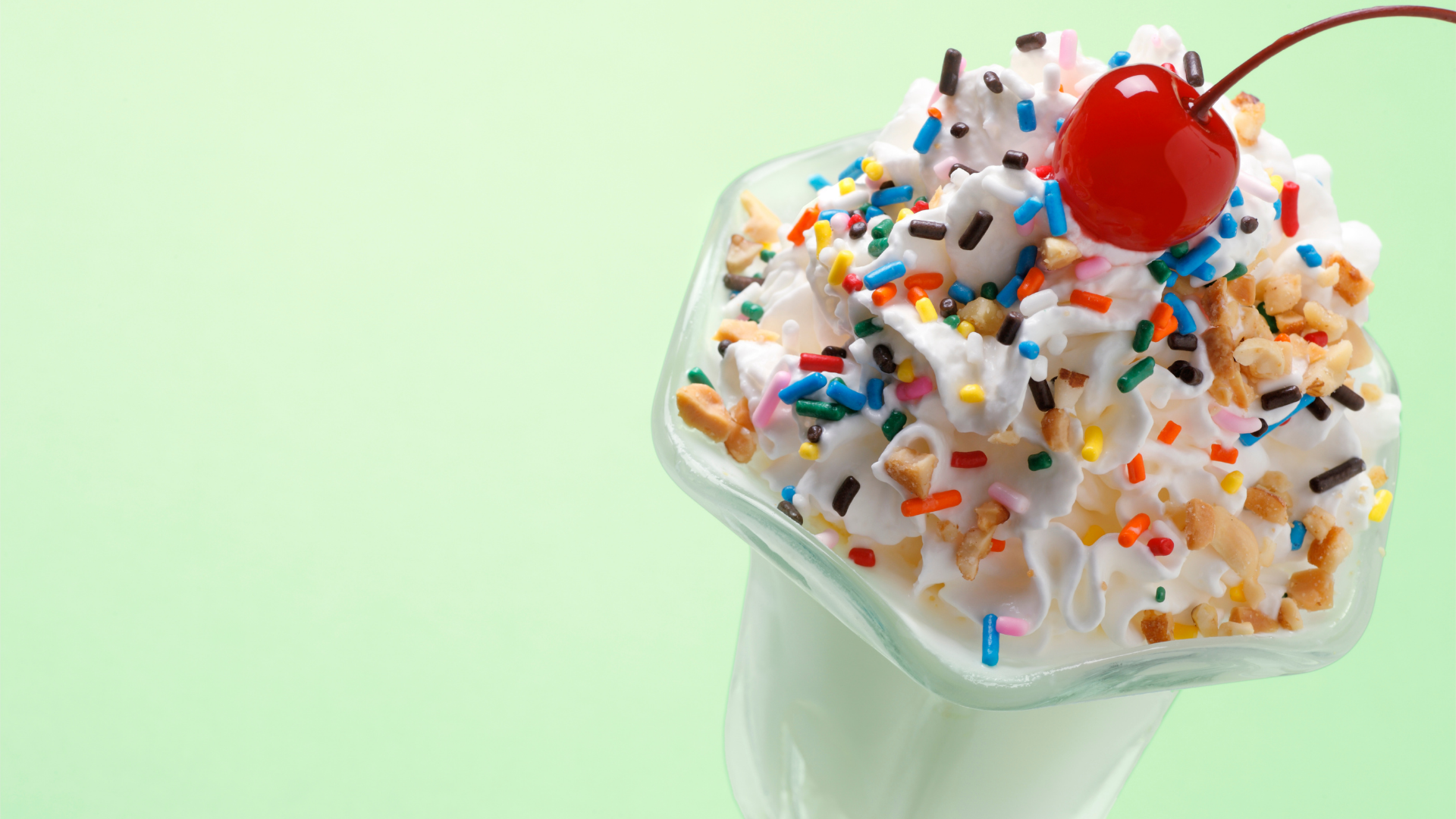 Have you ever wondered why it’s a sundae – not a Monday or Tuesday. Or what the ultra-strict Puritans have to do with yummy sundaes?

Things that make you go, hmmm.

A blue law is a law “forbidding certain secular activities on Sunday.” Getting its name from the blue paper used by Puritans in the 1700s to write Sunday trade restrictions enforced in colonial America, the laws were an effort to force families to go to church.

While most of the blue laws are history, one remains in Wisconsin. No car dealerships are open on Sunday.

While there is no concrete proof, the origin of the sundae name was in response to the blue laws, “which said that ice cream sodas could not be sold on Sundays because they were too ‘frilly.’ For some reason, the ‘righteous’ was very much against what they called ‘sucking soda’ (especially on the Sabbath and the clergy started preaching against them).”

So adding syrup to ice cream was too “frilly” for the Sabbath?

If that was too risque, it’s a good thing I wasn’t alive back then!

According to one credible account, Two Rivers was the first place “sundae” was used for ice cream covered with sugary syrup.

In 1881, George Hallauer walked into Ed Berner’s Ice Cream Parlor and ordered an ice cream soda. Since it was Sunday, there would be no ice cream soda for poor George. Instead, the owner Edward Berners scooped two globs of ice cream into a dish and poured chocolate syrup atop it.

Before this happened, the flavored syrup was NEVER poured on ice cream. Why ruin good ice cream?

But George ate it and liked it.

Ed tried it and like it, too. Being a savvy businessman, he decided to put this odd connotation on the menu – ice cream with syrup. The five-cent treat caught on.

But it only sold on Sundays because, you guessed it, the famous ice cream sodas were taboo thanks to the blue laws. The sundaes replaced the sodas and brought in some extra nickels for Ed on Sundays.

Give the Girl her Sundae

Everything changed when a 10-year-old girl ordered a “dish of ice cream ‘with that stuff on top.’” But the only problem was it was not Sunday. And the syrupy ice cream dish is only sold on Sundays. The girl told Ed that they could “pretend it was Sunday.”

The child got her sweet dairy treat –

We got the Sundae.

It didn’t take long for more customers to order the “Sunday only” ice cream. Eventually, the Sunday-only requirement faded, and the Ice Cream Sundae was officially born.

The Washington House Hotel Museum in Two Rivers includes a replica of Ed Berner’s Ice Cream Parlor, which closed its doors in 1927. Officially, Two Rivers is recognized as the birthplace of the sundae, complete with a historical marker in Two Rivers Central Memorial Park.