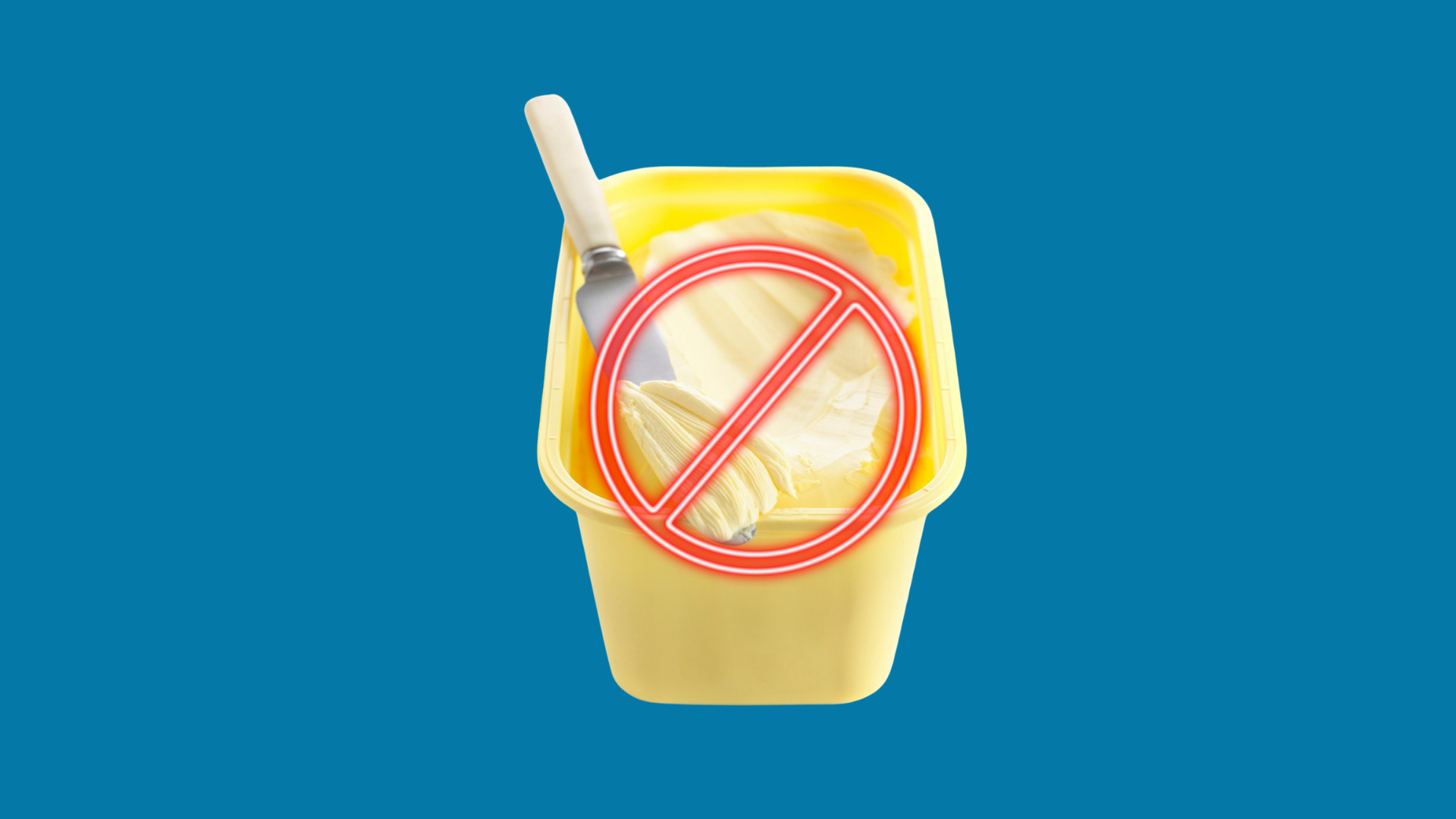 Wisconsin is known as “America’s Dairyland,” but that wasn’t always its bread and “butter.” Yes, we know Badgers love dairy, but maybe not so much.

Believe it or not, from 1895 to 1967, it was illegal to sell and use margarine in Wisconsin. Not on your bread, not in your cakes, and never on your table.

Can you imagine crossing the border to get margarine? It’s those shady tactics women were forced to do for the yellow goodness.

Why did this happen – money.

It all started in the late 1800s when the dairy industry sent a fiery lobbyist to churn up the greasy debate in Washington D.C. The result was the federal Margarine Act.

Like many “federal acts,” this one didn’t spread well and put a restrictive tax on oleo and forced manufacturers to pay licensing fees. But Wisconsin and fellow margarine-hater states (Maine, Michigan, Minnesota, Pennsylvania, and Ohio) enacted an absolute ban on margarine.

But what if you really wanted margarine? Well, you’d do what anyone would do – get it illegally. Imagine housewives across the Badger state growling for margarine and willing to break the law to get it – your mothers, grandmothers – breaking the law!

According to the Milwaukee Journal Sentinel in 1953, the state’s agriculture chief said there was a “widespread (pun intended) violation of the state law that required consumers to buy a $1 license before bringing” oleo into Wisconsin. Additionally, there was a 6-cents-a-pound tax. And you can imagine the tax increased over time.

Until you guessed it, women across Wisconsin united.

In 1964, the gutsy women of the Wisconsin Federation of Women’s Clubs organized Oleo Runs. These over-the-border margarine shopping trips were the first step in uniting women. The result was a push to repeal the greasy law.
Finally, in 1967, Wisconsin’s margarine ban ended.

Today, margarine is in every supermarket, but remnants of the oleo prohibition remain.

A law on Wisconsin’s books states restaurants are “barred from serving margarine as a substitute for table butter unless a diner asks for it, or both butter and margarine are offered.”

Lawbreakers can face a maximum fine of $500 and three months in jail for their first oleo offense – and up to a year added for each violation after that.

Let’s put this in perspective, a margarine misdemeanor ranks right up there with:

Perhaps the most remarkable thing from the margarine ban is the fact that butter is still king.

According to the U.S. Department of Agriculture, “By 2005, margarine consumption had fallen below butter consumption, despite butter’s higher price compared with margarine.”

The Ag department concludes that in 2010, butter sales continue to rise as margarine declined.

So there you have it. The days of margarine contraband are gone, but clearly, the greasy debate of butter’s importance still churns.