Origin of the “Badger” state 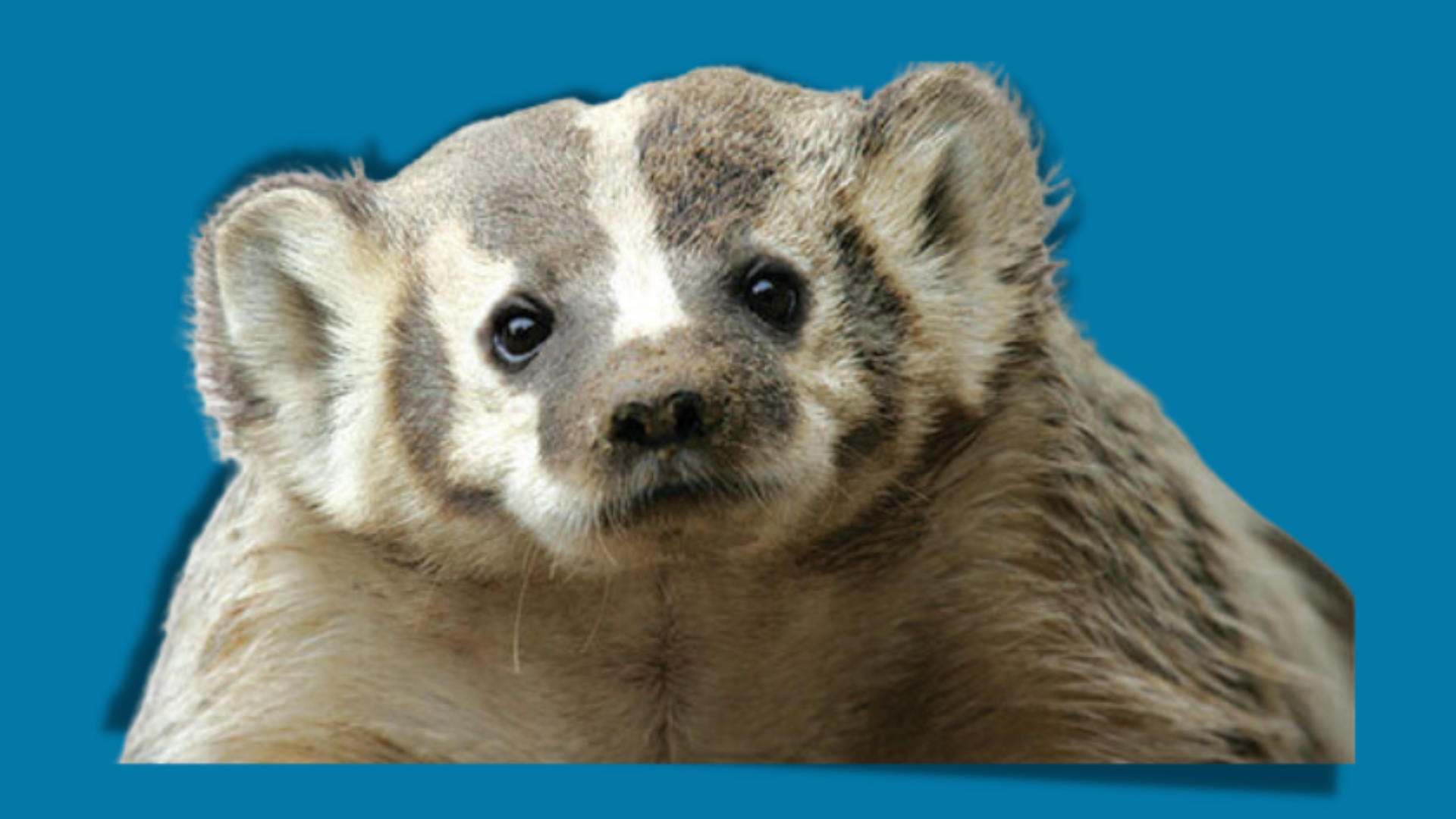 What the heck is a badger, and why are we the Badger State?

Most states have a state animal. Michigan and Illinois have the majestic white-tailed deer, and then there is dear ol’ Minnesota. They have the Common Loon as their state bird.

Typically we think of Bucky Badger, the University of Wisconsin-Madison’s mascot, when we say we’re the Badger State. But the origins of the Badger State go back further. We’ll get to Bucky, but first, let’s travel back to the 1800s.

In the 1820s, mining was big business in Wisconsin. You could say it was THE business. With men scrambling to the mines for a paycheck, their days were spent tunneling underground to create cave-like homes. Once there, the miners dug to unearth iron ore and bring it up to the surface.

That burrowing action resembled what badgers do (miners probably looked like badgers too), so presto—miners got tabbed as Badgers.

When UW got on board in the late 1940s, Wisconsin would become the Badger State, and there was no looking back. Buckingham U. Badger was born, a.k.a. Bucky. The giant furry mascot with the cardinal red and white striped sweater touting a “W” proudly on his chest is a staple on the campus, especially football games.

Whether he’s doing pushups in the endzone after a touchdown, sparring with opposing team mascots like Purdue Pete or Goldy Gopher, Bucky is Wisconsin. He is tough, spirited, and hard-working – like the Wisconsinites I know.

In the wild, a badger is not like our loveable Bucky. A badger is a nocturnal meat-eating mammal with an attitude. Found living in large grassy areas where they can burrow in peace, badgers weigh around 20 lbs. You can spot a badger home or underground sett by the large mounds of dirt piled nearby. But don’t make plans to visit. Badgers snarl, growl, and give off a musky scent if they feel threatened or simply irritated. You know, like a skunk, but only cuter.

Interestingly, badgers have been known to get drunk after eating rotten fruit.

I’m sure there are never any of those on the UW campus.

Where are the Badgers

If you happen to see a badger in the wild, consider yourself lucky. They like to stay to themselves.

You could visit the famous Henry Vilas Zoo, where a badger exhibit is king. Or you can always go to a Badgers’ football game.

If that isn’t enough, check out Bucky on Parade. You can spot 85 life-size Bucky Badger statues throughout Madison and Dane counties as part of the Madison Area Sports Commission’s free public art display.

What started out in the 1800s has evolved over time. But one thing remains, Wisconsinites still refer to themselves as Badgers.

It was – and still is a label of pride.