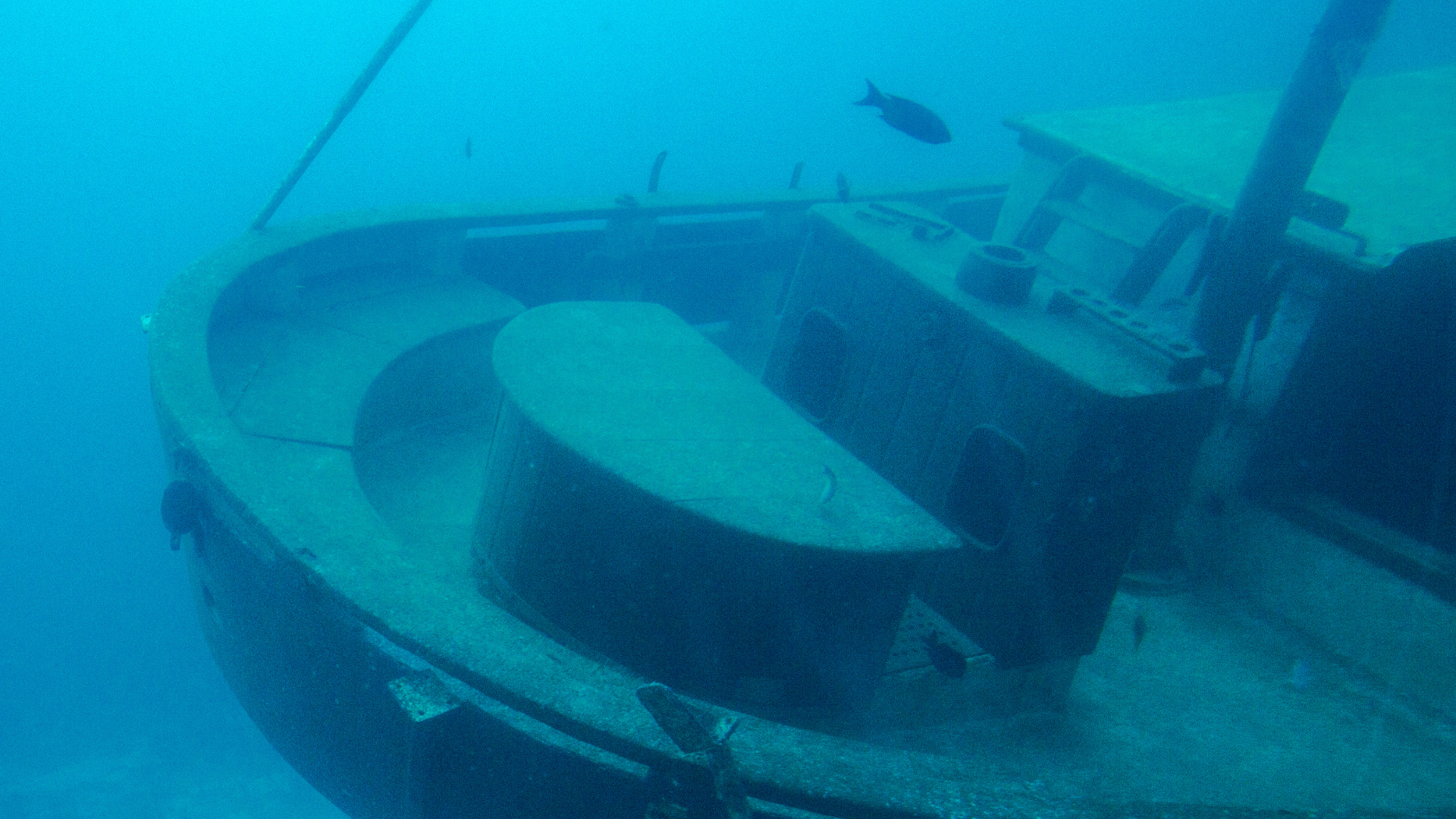 Nestled on a peninsula between Lake Michigan and Green Bay in Door County is Porte des Morts, a.k.a. Death’s Door.

Well, actually, it is!

Known for its lush parks and long shoreline, Door County looks idyllic. But what is lurking underwater off the coast is a sailor’s graveyard dating back to the Civil War era.

It’s in the Name

Legend says it began in the 1600s with rival Potawatomi and Winnebago tribes. During a raid, a group of Potawatomi warriors left their island home and set out on the calm waters of Lake Michigan to attack the Winnebago on the mainland.

Without any warning, the water turned rough, capsizing the canoes. (Karma, baby!) The current pushed survivors to what today is Ellison Bay. There they were met by the Winnebagos who were not too pleased to see the invaders.

With the loss of many Potawatomi warriors, the Winnebagos took this opportunity to attack the Potawatomi village. These fighters quickly met their demise as once again the weather turned terrible and swirling waters of Lake Michigan swallowed them up. (Karma, baby!)

This thin passageway, a seemingly calm strait linking Green Bay and Lake Michigan between Washington Island and the peninsula tip, got its name—Death’s Door.

Historians estimate Death’s Door has claimed 100s of lives and became a watery grave for 1,000s of sailing vessels. Back when Green Bay was the largest port in Wisconsin, Death’s Door was the route to Lake Michigan and beyond. There was no way around the watery graveyard. Imagine these burly sea-going macho men, shaking in their boots as they entered Death’s Door, sailing the same waters that claimed the lives of fellow sailors.

Even today, experienced captains talk about the underwater shoals and how the wind blows one way and the current moves a different way. But don’t worry, sailing has improved – I hope.

Today, Death’s Door is a hotspot for archeologists and history buffs that dive into the eerie waters to visit the final resting place for vessels of all shapes and sizes.

The cold fresh water of the Great Lakes preserves the wreckage. Some downed ships in swallow water can be seen through the clear water while others came to their end over 100 feet down.

Are there treasures to be found?

But one thing is for sure, it’s not all doom and gloom. The legend of Death’s Door is alive with the annual festival at the end of August and in every bottle of Death’s Door spirits.

So enjoy the famous barbecue festival, throw back a few drinks in honor of those who call Death’s Door their final resting place, and check out Death’s Door if you are brave enough to dare.